“Buy Once, Cry Once”

For a long time, people have been led to believe that all motocross helmets are created equal. Common misconceptions, like they’re just foam, painted with wild colors that look like your Uncle’s old ski boat. This is just not true by ANY means. When you think about it, I mean really think about it, how many people do you think are as educated as they should be in helmet technology? Definitely not enough for sure. The fact is when you buy any protective equipment, especially a helmet, there’s one rule I’ve always lived by; buy once, cry once. To break it down, the more you spend on a product like the Alpinestars S-M8, it almost always directly corresponds with the level of technology you receive back in said product.

Cream of the crop

Alpinestars isn’t a new kid on the block. We’ve seen so many newcomers to this sport as of late and sad to say, a lot go un-noticed. But with Alpinestars, you come to terms with the fact they’ve been a leader in rider tech longer than many of those others combined. When you’ve been in the game for the long haul and seen how our sport has come up, it reflects greatly in your development. The thing about being at the forefront of new technologies is that it has disadvantages, such as like-minded competition. However, the positives outweigh the negatives immensely. Competing manufacturers push each other to be better day by day, to shakedown the next upper-hand approach. Realistically though, this all comes down to best attributes that a company showcases in advances they bring to the market. This my friends is where Alpinestars cuts its teeth.

The crown is heavy at times

Inherently, with a name as synonymous in motorsports such Alpinestars, the pressure builds on upholding your standard. With wolves at the door always trying to take the throne, you always have to be innovating and stay ahead of the pack. This has almost always been the case in the boot world with Alpinestars. I looked forward to someday getting them as a kid, and that influence never changed even up until this day. But the world has changed and allowed the evolution of the company to carry out new missions in protection. The last couple of years gave way to the slightly steeper priced, but highest of technologies Alpinestars Supertech M10. But with the need for a more affordable option, the safety mogul had to create yet another benchmark while keeping that same level of protection, tech highlights, and design. Enter, the new Alpinestars Supertech M8.

First and foremost, Alpinestars has a strong-willed product philosophy when bringing a new helmet idea to market that everyone should strive for. It’s simple; “Create the most advanced, protective and performance enhancing helmet possible.” That is no small task to accomplish in any sense, no matter how established you are. But to further the budding idealism there were two objectives established on the road to the SM8:

In order for these aspects to come to fruition, they created the Alpinestars Helmet Development Department. This was a way to explore everything needed to develop the most protective and comfortable possible motocross helmet.

A hitlist of technology standards

Some of the ideas Alpinestars used in creating the new SM8 Radium, Triple, Contact, and Solid model helmets are brow-raising. They understand the need for comfort goes farther than what we’ve known as normal. The SM8 utilizes MIPS (multi-directional impact protection system) that reduces damaging gyration on the brain. Clavicle protection, rarely seen in helmet design, is sculpted as a relief section to clear the collarbone. The ERS (emergency release system) allows the helmet to be removed without putting a load on the rider’s spine after a crash. The 1360g weight works for you in allowing less fatigue on the neck and shoulders. While ventilation, a key design feature on the SM8, improve direct airflow to keep you comfortable, reducing heat stress. With all parts playing into one common purpose, the SM8 raises a new standard in what helmet technology needs to be.

It’s apparent what speed you have to be traveling if you want to get in this race. The direction we’re headed in the next 10 years, gives precedence to how little we’ve known before, and what we might be capable of. As a rule of survival in this industry, to stay a big dog you have to make big dog moves. Even companies well known, worn by us and professionals alike, have gone the way of the dinosaur. Some technologies, of course, can be beneficial to absorb. Others perhaps meaningful to add under a wing. But some, just can’t compete with big-budget progress of names like Alpinestars and a few others. 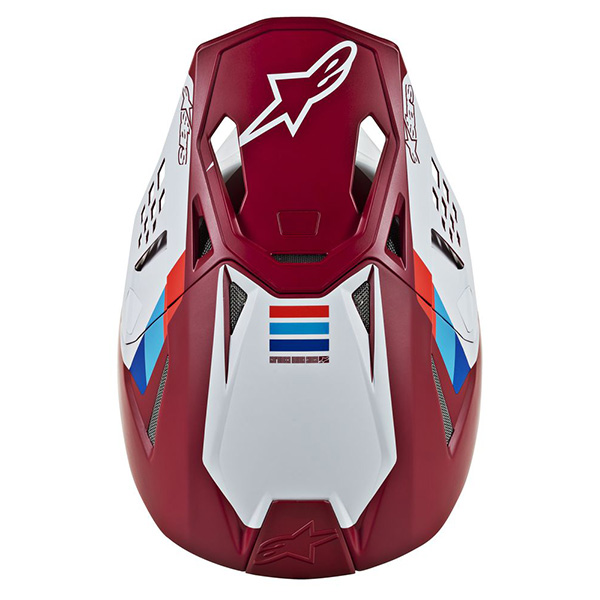 This is not a bad thing for us consumers, however. The furnace will always breed new life to motorsports, and with it new companies to be forged. The mere fact that we can depend on a company that’s so deeply rooted in the sport only creates a better outcome. The safer, lighter and stronger we are, the better we become. The farther technology gets pushed by competing manufacturers, the more accessible it is for us as the consumer. In my opinion, I’d say we aren’t exactly getting stuck with the runt of that litter.

Don’t wait, order your Alpinestars S-M8 helmet before your next ride. To see the collection, visit btosports.com or click here 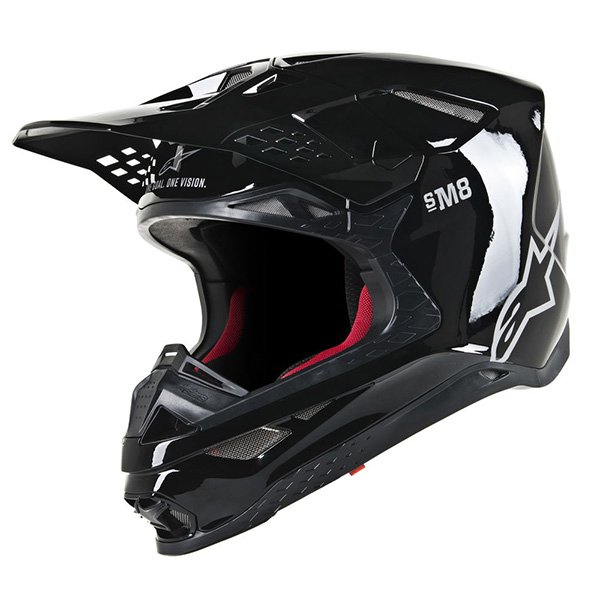 As a born and raised Southern Californian, Blake considers himself very fortunate to have had access to most year-round activities when so many others are tucking their toys away for the winter. Not being a sports fan and raised from a very early age with dirtbikes, offroad and on-road machines instead, Blake made his interests very clear as to the path he wanted his future career to take. As an automotive, motorcycle, photography, videography and outdoor enthusiast, he spends his free time desert riding, camping, traveling and modifying muscle car and truck projects, all while usually documenting it in whatever visual medium he can. With 25+ years as an enthusiast and rider in the industry, it has become a passion to live and work the lifestyle alike, giving access to allow hands-on know-how and living experience with the subjects he loves for work and for play.
Posted in Motocross, Motocross Apparel, Motocross News