In this year’s Daytona Supercross,  Jeremy Martin will make his debut in the 450 class with the HRC team.  And on Ken Roczen’s 450cc stallion no less! Best of luck to him as he gains valuable experience for his move to the class full-time in 2018. We’re quite sure he will do Ken Roczen proud.

Read the press release below! 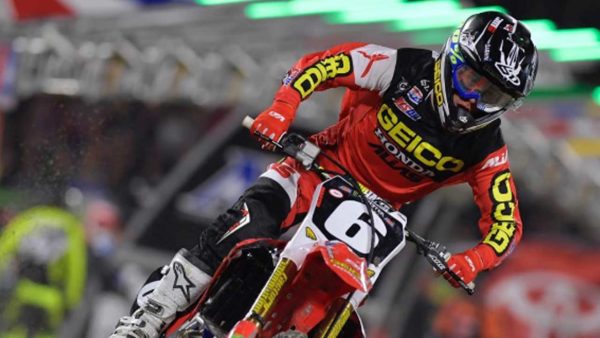 Martin will pilot a factory CRF450R at the coveted Honda-sponsored event in his first-ever premier class race. Following his one-race stint, Martin will rejoin the GEICO Honda squad to begin preparing for the 2017 Lucas Oil Pro Motocross series, as well the return of the Western Regional 250SX campaign. 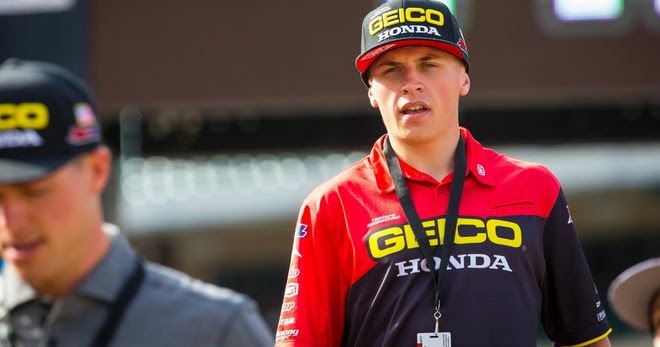 “We’re excited to have Jeremy riding for us at the Daytona Supercross,” said Team Honda HRC manager Dan Betley. “Despite only a short amount of time on the bike, he already feels very comfortable so I’m confident in his ability to deliver a solid result. I’d like to thank GEICO Honda for making Jeremy available to us for this race.”

“I’m beyond excited that American Honda is giving me the opportunity to ride a factory CRF450R,” stated Martin. “I’m also looking forward to making my debut in the premier class at Daytona, one of the most hyped up supercross races of all time. Everyone loves Daytona due to it being so different so I’m excited to go race the best guys in the world. I’d love to get a solid finish for Honda since they sponsor the event.”

Lastly, for all of your own motocross apparel needs, come on over to BTO Sports…  Let us help you out! We have the sales and service to get your weekend ride ready to roll!

CL has been blogging it up for BTO Sports since the days when Bob "Hurricane" Hannah ruled the motocross roost. In fact, his guerilla-style coverage of the now-infamous "Massacre at Saddleback" is now considered one of the great MX blogs of all time. Enjoy the blogs, folks- that's the whole idea!
Tagged bto sports, Daytona Supercross, Jeremy Martin | Posted in Motocross, Motocross Events, Motocross News, Photos